Concerts include selections from Holst’s The Planets; music from The Incredibles and West Side Story, and the return of all-star piano soloists

“This season is called Symphony of Stars because we have absolutely iconic pieces programmed, and true superstar soloists and artists coming to McAllen to perform them,” said Maestro Dabrowski. “The finest, most beautiful works of classical music are a part of this season – from Dvorak’s spirited Symphony No. 8 to Grieg’s superbly moving Piano Concerto in A minor—and we also have blockbuster tunes such as the music from The Incredibles and West Side Story. This season is packed with the best symphony performances the VSO has to offer.”

On November 4, 2022 the VSO will begin the season with an immersive and grand symphonic experience. The concert ROMANTIC MASTERPIECES features pianist Adam Wodnicki performing Liszt’s innovative and mold-breaking Piano Concerto No. 1. Dovrak’s Eighth Symphony, a work that travels from joyful to ominous and back again, is also on the program, along with Brahms’ Hungarian Dance No. 5. Tickets start at just $20 and go on sale September 20.

The beloved holiday tradition A TOUCH OF FROST returns on December 2, 2022. The namesake of longtime sponsor Frost Bank, the concert will feature the Valley Symphony Chorale (conducted by Dr. Sean Taylor) and beloved performances of selections from The Nutcracker and Handel’s Messiah. New in 2022, tenor David Sadlier will perform on the concert, and new works including a full symphony and chorale performance of Mariah Carey’s classic All I Want for Christmas is You are planned. Santa will be on hand for pictures and plenty of holiday cheer.

The annual EDUCATION CONCERTS will take place January 26 and 27, 2023. Maestro Dabrowski has planned a special program featuring the music of Carmen, one of the most famous operas in history. Recognizable from television spots and years of performances onscreen and in concert halls, Carmen tells the story of the down-on-her-luck gypsy who charms her way to love, safety, and wealth. More than 10,000 students will experience the full-orchestra 45-minute performance at the McAllen Performing Arts Center. Space is limited and registration is open now for all schools and homeschool groups.

Pianist Haysun Kang, who last performed with the VSO in 2019, will return on February 17, 2023 for OUT OF THIS WORLD. This concert for family audiences will feature the bold and brassy music of the Pixar film The Incredibles as well as two movements (Mars and Jupiter) from Gustav Holst’s The Planets. Finally, Kang performs George Gershwin’s Rhapsody In Blue, a uniquely American composition that fuses jazz, ragtime, and bolero styles into one soaring work.

On March 24, 2023 the Symphony presents CARMEN Y MAS, featuring the music of the opera Carmen and special guests Mariachi Aztlan. The award-winning UTRGV-based ensemble has traveled throughout Mexico, Canada and the United States as musical ambassadors, representing the beauty of Hispanic music and cultural traditions. Accompanied by the full orchestra, Mariachi Aztlan will deliver a signature high-energy and passionate performance.

For the April 21 season finale, WEST SIDE STORY, powerhouse pianist Asiya Korepanova performs Edvard Greig’s Piano Concerto in A minor on a program that also includes selections from Bernstein’s masterpiece musical theatre work West Side Story. The Latin rhythms of West Side Story paired with Korepanova’ uninhibited high-energy style will close out the Symphony of Stars season on a high note.

“This season and these artists are simply extraordinary,” said VSO Executive Director Katy Coy. “For five nights this year, we invite the community to join us at the concert hall, where the day-to-day noise truly fades and gives way to some of the most gorgeous music you will ever hear. We’re so fortunate to have a symphony here in McAllen, it’s a truly special thing – so we hope everyone comes out and enjoys it this year.”

Those interested in purchasing season tickets can secure the best seats for the best price all season long by subscribing now. 5-concert subscription packages start at $170 for the entire season and can be purchased online anytime at valleyorchestra.org or by calling the office at (956) 661-1615.

The VSO will announce a series of smaller scale performances in the coming weeks. To learn about upcoming special events and chamber works, join our mailing list at valleyorchestra.org.

The Symphony will follow all local and state public health ordinances regarding COVID-19 at the time of performance. Those who wish to secure socially-distant seating should contact the VSO office before purchasing their tickets.

Single Tickets go on sale on September 20 and can be purchased anytime through ticketmaster.com or by phone or in-person at the McAllen Performing Arts Center Box Office. For more information, call the VSO office at (956) 661-1615 or visit www.valleyorchestra.org. 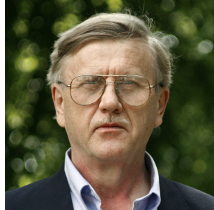 Internationally renowned pianist, recording artist and pedagogue, Polish-born artist Adam Wodnicki has received acclaim on five continents for his dramatic interpretations, poetic sensitivity and brilliant technique. He can be heard on Muza, Folkways, Centaur, Wergo, Altarus, Klavier, and Dux labels. Wodnicki has also made numerous radio and TV recordings, including recordings of piano concertos by Serocki, Baird, Krenz and complete works for piano and orchestra by Sigismond Stojowski. Three-time prizewinner of the annual Chopin Society National Piano Competition in Warsaw and the recipient of three prizes at the 8th Festival of Polish Pianists, Wodnicki is Regents Professor of Piano at the University of North Texas in Denton. He has served on juries of international competitions and is a performance editor for the Musica Iagellonica’s first ever edition of The Complete Works by Paderewski. 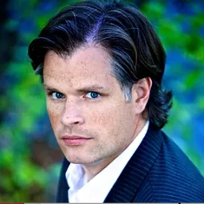 Sadlier has been praised for both his vocal and dramatic abilities and hailed as “one of America’s leading dramatic tenors” (Oxford Mail). Dr. Sadlier’s opera credits include appearances with Chicago Opera Theater, Glimmerglass Opera, Opera Theatre of St. Louis, New Orleans Opera, Opera Circle of Cleveland, and more. Fortunate to be involved in many new works, Dr. Sadlier has performed several world premieres. Most recently, Dr. Sadlier returned to Opera Circle of Cleveland as Edrisi in Szymanowski’s Krol Roger where he also performed Tebaldo in I Capuletti e I Montecchi, and the role of Fritz Kobus in L’Amico Fritz. Concert appearances include Britten’s Serenade under the baton of Richard Hughey, Mozart’s Requiem with the Battle Creek Symphony, Britten’s Saint Nicolas with the Kokomo Symphony Orchestra, and more. Sadlier currently serves as Assistant Professor of Voice at The University of Texas – Rio Grande Valley where he teaches Applied Voice. 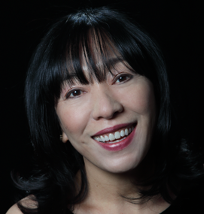 Haysun Kang has appeared extensively in solo recitals, chamber music concerts and as a soloist with orchestras at major concert venues including Carnegie Hall, Chicago Cultural Center, and more. Her performances were broadcasted live on WQXR-FM radio in New York and televised on cable TV. Her performances have taken her throughout America, Europe, and Asia. In the United States, she has been a featured soloist with orchestras such as the Chicago Chamber Orchestra, Northwest Symphony Orchestra, Metropolitan Youth Symphony Orchestra, and more. A native of Korea, Kang earned her bachelors degree in piano performance from Seoul National University, Korea. In the United States, she received her Master of Music degree from DePaul University and her Doctor of Music degree from Northwestern University. 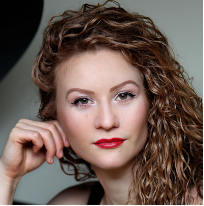 The only pianist currently performing Liszt’s 24 Etudes as a single program and one of few to tout a concerto list that features over 60 works, Asiya Korepanova is a pianistic powerhouse. Ms. Korepanova is recognized not only for her achievements as a pianist, but also for her work as a transcriber, composer, visual artist, and poet, reflecting her uncompromising dedication to the arts. Asiya’s contributions to the solo piano literature —including her historic solo piano transcription of Richard Strauss’ ‘Ein Heldenleben’ and that of Rachmaninoff ‘s Cello Sonata and Mussorgsky’s ‘Songs and Dances of Death’ — have given her a place among today’s formidable transcribers. She has since continued to garner national attention with performances at the Stern Auditorium at Carnegie Hall, the Bargemusic Series, the Phillips Collection, the Dame Myra Hess Memorial Series, the International Miami Piano Festival, and countless others. Ms. Korepanova has been featured on CNN, NPR stations, WFMT, and WETA.

ABOUT THE VALLEY SYMPHONY ORCHESTRA

The mission of the Valley Symphony Orchestra (VSO) is to engage and inspire the Rio Grande Valley through live orchestral and ensemble performances, educational programs, and community activities. Founded in 1952 as an orchestra of volunteer musicians, the Symphony has operated for 71 seasons and is the only professional regional symphony orchestra south of San Antonio. Maestro Peter Dabrowski, a lauded conductor who has worked in Poland, Chicago, Washington DC, Mexico, and more; leads the Orchestra annually in its 5-concert masterworks season at the McAllen Performing Arts Center. Along with its annual Education Concerts and chamber works, the VSO provides world-class performing arts to residents of deep South Texas and beyond